The Real Spanish-Translation Confusion in the RBI

My last post was about translating “worry” and “change”: A bit of a nonissue, really. It turns out that wasn’t’ really the issue. The real issue was indeed a thorny one—the difference between “concerns” and “worry.” In Spanish, preocupación would typically be the word for both. You will see in a minute why the same word for both could be a problem.

When conducting the RBI with fidelity, the interviewer keeps track of concerns, usually by starring them (i.e., drawing a star or asterisk in the margin). We train interviewers to notice concerns, indicate them, and then refer to them during the recap. The recap is the quick reminder of the main points—or “concerns”—that came up during the interview. Therefore, the interviewer or note taker goes through the starred items (i.e., concerns) to help the family remember them when they decide on outcomes/goals. We don’t actually use the word “concerns” with families, which might be part of the answer to the question about translation. But first, let’s review when “worry” crops up in the RBI.

Immediately preceding the recap, in fact right after discussion of the last routine of the day, the interviewer asks the “worry and change” questions. The worry question is, “When you lie awake at night, what do you worry about?” You can see that, if the interviewer has just asked the parent what she worried about (¿Qué te preocupa?) and then the interviewer or note taker says he or she is going to review her preocupaciónes, the parent might well think, “I just told you what it was.” If the interviewers use the same word for worry and concern, it could be confusing for the parent. 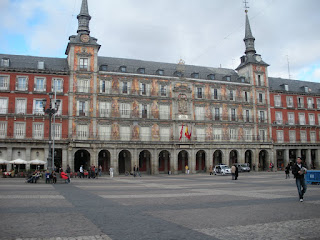 The answer is don’t use preocupación to refer to the starred items. Even in English, as I mentioned earlier, it’s best not to use “concerns”: It sounds too heavy. In English, it’s better to say, “Now I’m going to go through the things that came up at each time of the day.” (Notice the avoidance of both “concerns” and “routines,” another potentially confusing word.) Therefore, in Spanish, it would be something like, “Ahora voy a enumerar las cosas que usted mencionó en cada momento del día.”
Posted by Robin McWilliam at 7:09 AM


One of our RBI certified trainers has an interpreter telling her that the worry and change questions have the same words/meaning in Spanish.  She has trouble presenting the questions because she doesn’t know how to distinguish between the two.

Actually the questions are quite different in Spanish, as they are in English.  "When you lie awake at night, what do you worry about?" is 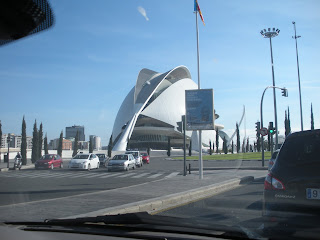 "If there's anything you could change in your life, what would it be?" is

Spanish speakers will recognize that the operative concept in the first question is preocupación, and in the second question it's cambio.
Posted by Robin McWilliam at 7:03 PM