When Do You Demonstrate Something on a Home Visit? 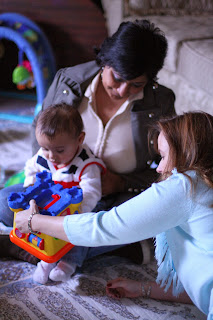 It has always been my understanding that modeling for the parent is an appropriate first step, followed by giving the reins to the parent- am I missing something?

Modeling for the family is an appropriate SECOND step. First, we talk, then we offer to demonstrate. If, instead of modeling, we can talk the parent through the intervention, that's even better. But sometimes demonstration is called for.

One of parents' biggest complaints across the board continues to be too much “talk” and not enough modeling.
When parents say there's too much talk and not enough action, this could be because they expect us to have our hands on the child (i.e., they have wrong expectations about what home visiting should be--not their fault) or because indeed the home visitor is too passive and doesn't get down to brass tacks. Many home visitors implementing the RBEI (or "Unified") model let the pendulum swing too far to the consultative end, because their natural tendency is to be the expert. If the pendulum has swung to an extreme, they simply are not being helpful enough. There are, in this world, some home visitors who simply can't, along with the parents, come up with some strategies for addressing a problem. Either they were so used to doing dumb activities (e.g., from the toy bag, from some curriculum) that, without that crutch, they don't know what to do or they just don't have ideas.
Most parents seem to learn best  from a visual demonstration by the service provider, followed by the coaching piece as the parent works with his/ her child. 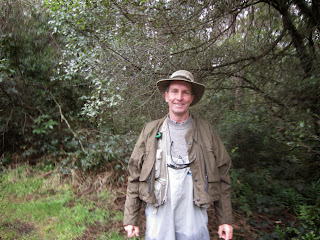 Most parents have probably not received top-notch family consultation, which would be the home visitor's talking the family through the intervention, with the family doing the intervention. It's like my fly-fishing guide. He did indeed show me how to cast, on land, with no fly on the end of the line, so I'd see the correct movement. But very quickly he put the rod in my hand and gave me feedback on my attempts. Once we were in the water, he NEVER cast the line, because he was afraid of catching a fish. If he'd caught a fish, he believed he would have made me feel bad. Not true, but that's the way fishing guides in New Zealand are conditioned. You can see the parallel with home visitors: We don't want kids doing well with us. So the majority of the support is giving feedback and telling the learner how to make corrections.

I'd put outright demonstration as something we resort to, not something we begin with. Also, don't assume that what families tell you is the best way to go. Under the principle of the uninformed consumer (from marketing), if a person hasn't tried X but has tried Y, she will say Y is better. Hence, we need to make sure families experience good family consultation.
Posted by Robin McWilliam at 3:23 AM

Is an Ecomap a Prerequisite?


Some people think you have to complete an ecomap before conducting a successful Routines-Based InterviewTM. Although it might be helpful to do so, actually an ecomap isn’t a prerequisite to an RBI. The real value of the ecomap is during solution finding or problem solving in family consultation. Family consultation is the key ingredient in support-based home visits. When working with a family to find a solution for addressing an outcome, the early interventionist should ask the family to consider whether anyone in their support system, as depicted on an ecomap, might be able to help.
But to do an RBI, the only part of the ecomap you really need is the inside box: who lives in the home.

In the RBI Certification Institute, we train people to complete an ecomap before the RBI, principally to imbue them with this extra skill. In service delivery, the ecomap can be done at an earlier visit than that in which the RBI is conducted. Some professionals complete it at the intake visit. It is possible although not desirable to have different people complete the ecomap and an RBI. As with all other parts of service delivery, by far the best solution is to have the same person or people involved all through intake, eligibility determination, IFSP development, and service delivery.

To repeat: It’s helpful but not necessary to have an ecomap completed before conducting an RBI.

Posted by Robin McWilliam at 5:37 PM